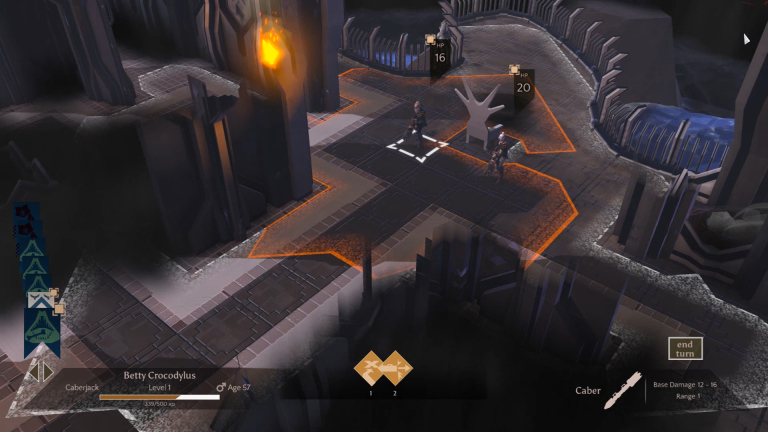 I don’t quite know why the throne is facing away from everywhere who might possibly want to view it, but the keep of House Crocodylus had to be protected. Don’t get me wrong, the view of the sea is quite nice, but I can’t help thinking about Paul Atreides from Dune getting lectured for facing his back to a doorway. Clearly the Crocodyluses don’t care about such trivial tacticalities.

This ended up being quite a fun battle, mostly because it was the first time that I’ve had access to five Caberjacks in a single brawl. With so many knockbacks for stuns, usually the Cadence would be stunned on their turn, limiting the amount of damage that I took.

I admit I was worried when it first started. My first keep defense in season 1 ended in a catastrophe, with the regent, their partner, and all five of my heroes falling. I was determined to not make the same mistakes twice.

This makes me excited for the later stages of the game, when my regular Caberjacks will have an additional stun (from either Charge or Ground Slam). The amount of control that it adds to a fight is considerable fun, and a nice tactical advantage.