I don’t know about you, but I always look forward to the quiet peace of the holidays.

There’s nothing like the company of close friends and family to make one’s holidays enjoyable. Well, except of course good gameplay and the Zen of Leveling.

A few of my friends from Washington (the state where I’m originally from), decided that they’d jump back into World of Warcraft for the new Warlords of Draenor expansion.

And, of course, they decided to play on a new server because… reasons.

Now we’re going to be playing Horde on a new PvP server. And a new server means new opportunities.

When WoW first came out, I decided to roll a human paladin. That character was my main. I’d healed Molten Core in vanilla, done a bunch of PvP as Ret, and even a fair amount of (mostly 5-man) tanking in Burning Crusade and Wrath of the Lich King.

I’d also rolled other characters, such as a death knight and rogue, but my pally was always closest to my heart.

But this was a time for a new character. I didn’t want to transfer my pally to Horde, so I decided to roll a completely new character. 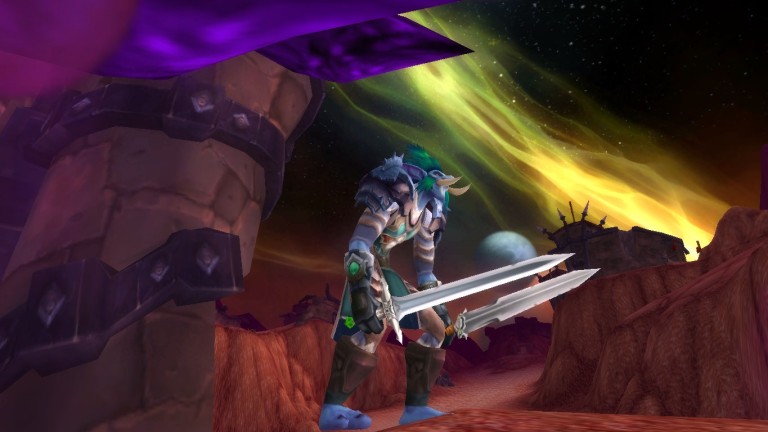 Nerdsworth loves to look at the sky.

I’m not sure what my issue is, but whenever I go to roll a new character, I almost always pick a warrior. I’ve leveled several warriors to the middle levels of vanilla, but for one reason or another I end up dropping them to play something else. When I did a quick inventory to see what characters I had (having not played for about two years), I saw no fewer than 5 warriors scattered across various servers, all between levels 20 and 50.

But this time would be different. I created Nerdsworth, the Troll Berserker. I chose the nice dark green hair, though I was quite tempted to use the red Mohawk and green skin to match the troll berserkers from Warcraft II: Tides of Darkness.

My original thought was that I would do a troll protection warrior, taking advantage of the troll regeneration (but not really, that’s a joke). However, I found that I wasn’t having as much fun leveling protection as I thought I might, so I decided to switch to Fury.

The added “oomph” was immediately visible, so from the mid-20s onward, I have gone with the fury specialization. I feel like it has been changed quite a bit since the last time I rolled a fury warrior, which was at the start of Burning Crusade.

With single-target questing, most enemies die in just a few swings, and this is especially true since I picked up Sudden Death at 45. The talent gives a chance to allow you to use Execute, regardless of the enemy’s health. That means that as soon as it procs the enemy dies.

The Zen of Leveling 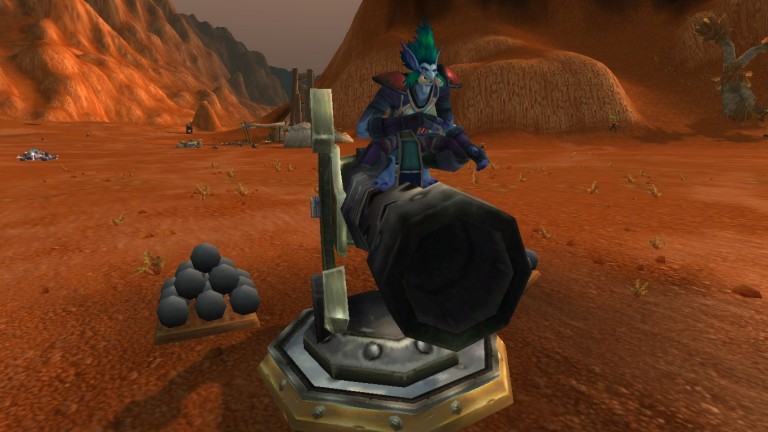 A troll berserker with a cannon. Oh yes!

So I’ve been splatting everything in front of me, in true troll berserker fashion. That is how the last few days have been.

Leveling is incredibly fast now, especially with the changes to the speed of mounts (and the availability of mounts at level 20, instead of level 40). I know many of the quests, especially now that I’m back in Outland, and it was fun to go through the Cataclysm quests on the Horde side. All of the changes that the game has experienced in the last decade is quite impressive, and it makes me nostalgic every time I play.

I’m enjoying being able to play and just relax. I’ll put on a playlist of Dota 2 games in the background, or maybe watch the movies from the Bourne Identity series (a bit of a holiday tradition in my family), and just half-watch while I level.

While streaming something like XCOM or MASSIVE CHALICE is incredibly fun, it also takes a bit of energy, and being able to play for the sake of play has been a lot of fun. Now I’m just about ready to get back to it though!

Overall, I’ve been enjoying my time playing WoW. It’s nice to have something that runs well on my laptop, and something that I don’t have to think very hard about to play. 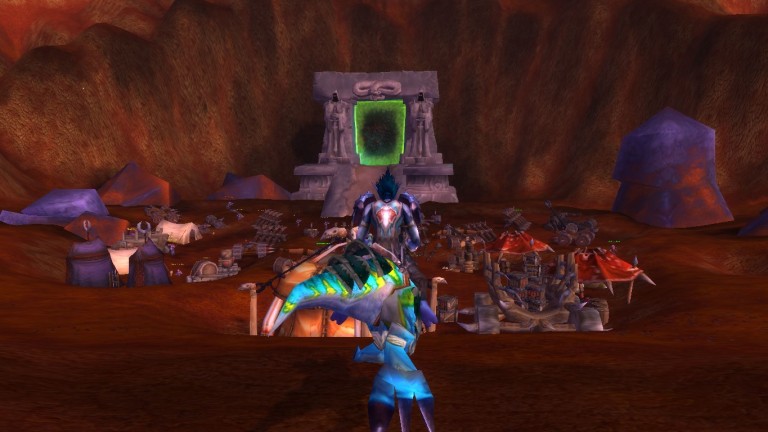 If you aren’t interested in WoW, don’t fret! I’ll be back to my planned XCOM shenanigans in just a few days! I should be back home by Wednesday, and I’m rearing and eager to get streaming again!