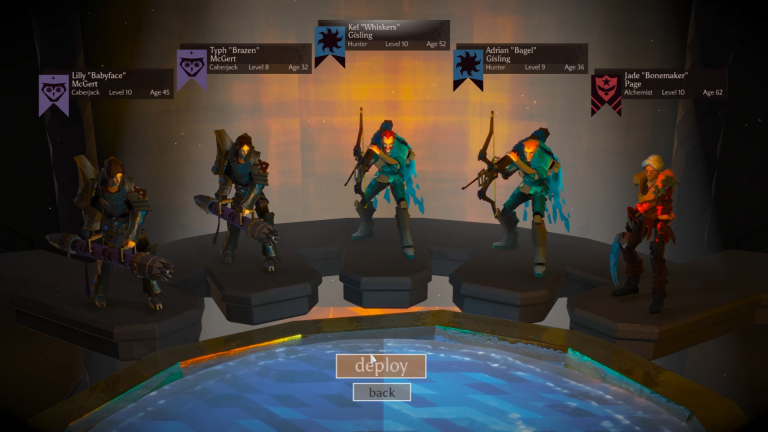 The final battle in MASSIVE CHALICE is awkward.

It starts out reasonably enough: your heroes jump to defend the Chalice, only to be confronted with a rather large wave of enemies. After defeating this wave, or after a few turns have expired, another wave of enemies will teleport into the room.

This continues until there have been a total of 11 waves, so somewhere on the order of 100 Cadence! Brad Muir of Double Fine has mentioned that this isn’t working as intended, and that there are supposed to be 5 waves total (including the initial wave).

Whew. I’ll be honest: I had already played quite a lot that day, and the 2 hour battle took it out of me. By the time the dust had settled and the final Cadence Pawn had been killed, I was ready to pack in for the night.

Length issues aside, another thing that makes the fight feel awkward is that the enemies aren’t drawn to the Chalice very strongly. There were several times during my playthrough of the last battle where there were only a couple of Pawns left, but they were hiding in the corners of the room, rather than frantically trying to break the Chalice.

I did like the Ancestor Resurrection mechanic, but I did not like how the newly-revived ancestor was placed exactly where the previous hero had died. This meant that the ancestor was often in a poor situation and couldn’t contribute to the battle.

Finally, I found it awkward how there was no indication exactly what I needed to do. My orders were simply “Defend the Chalice!” I didn’t know if that meant I was supposed to kill all of the Cadence Pawns, or hold out for a certain number of turns, get a certain number of kills, etc. Having more feedback about the goal and my progress towards it would have made the final battle much more compelling.

Overall, I enjoyed the fight, but I think it is clear that it is still in development. The placeholder art in the final cinematic makes me believe that the final portion of the game is still in a very rough state.

That said, I look forward to completing another playthrough of the MASSIVE CHALICE beta, and still more when the game is finally released.