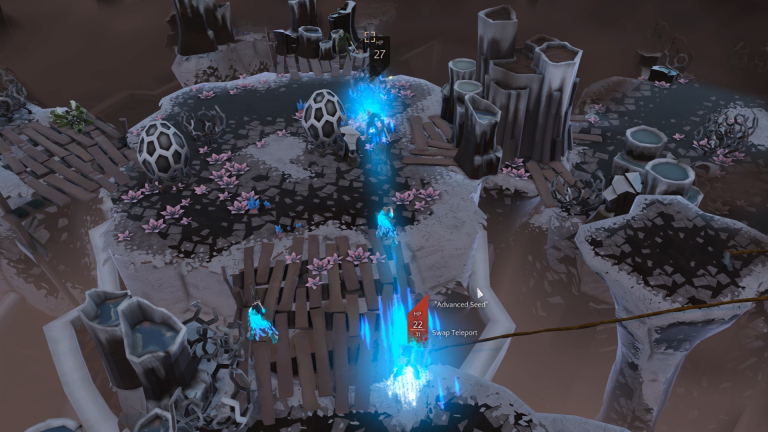 In the latest episode of my MASSIVE CHALICE beta playthrough, I discover the simple joys of the Skipping Stone.

The Skipping Stone is an accessory that you research after taking down a fair number (perhaps 12? I don’t recall off the top of my head) of Twitchers. That’s right, Twitchers, the giant blue crystal beasts that mean to smash you in the head with a club arm, but only after they swap places with one of your heroes, putting your hero out in the middle of nowhere and all by themselves.

But when you have them, you can do similar tricks. For instance, you can swap a wounded character with a healthy one, and then get the wounded character to hide behind a big rock. One of my favorites is putting the Skipping Stone on Caberjacks and using them to initiate on packs of enemies.

You swap places with one enemy, then immediately stun or attack another. The enemy you swapped with is now in the middle of your forces and is an easy target.

Quite fun times, and I look forward to using them more.