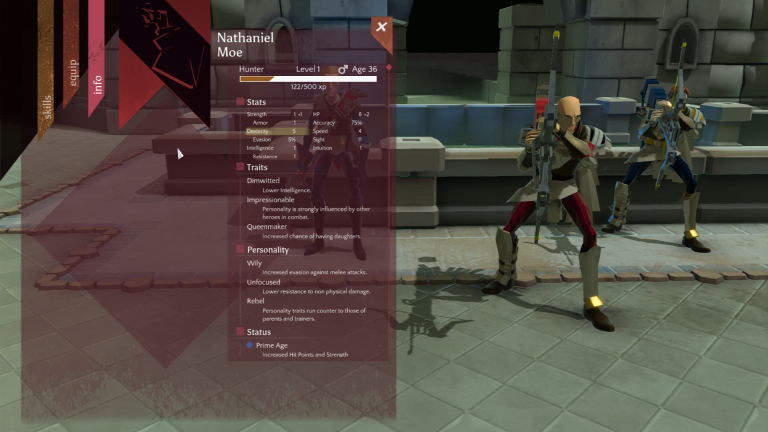 I’ve been wrestling with how to handle this blog and its integration into my YouTube channel. I think instead of posting a single post for each and every video, instead I’m going to post for each day of recording. That means there will be one post for every three or four videos and hopefully prevent inundating the blog with too many posts and also prevent me from being drowned in extra work that doesn’t add much to the experience.

This will give me a little bit of room to write about what I’ve been doing, but not so much pressure to write hundreds of words for an episode which may not deserve it. Without further ado:

We begin the game with the honorable House Moe taking command of the defense of the nation. House Moe is a family of bloodthirsty Hunters, and if there is one thing that they can’t stand, it’s those nerds over at the Sagewright’s Guild. Because of this, I am going to attempt to complete the game without building any Sagewright’s Guilds at all. House Moe’s sigil is a flaming alchemist pot, black on blood-red.

Joining House Moe is the honorable House Solairon, whose name I pronounce differently every time I say it. Regardless of how the words come out, House Solairon remains a powerful house of Caberjacks, willing to lay down all that they hold dear in the defense of the realm. Their sigil is a golden stag on a green field.

As the third episode of my journey begins, I order the construction of a squareball stadium for the entertainment of my heroes. If they are willing to give their lives in the defense of the realm, surely they deserve a bit of fun as well.