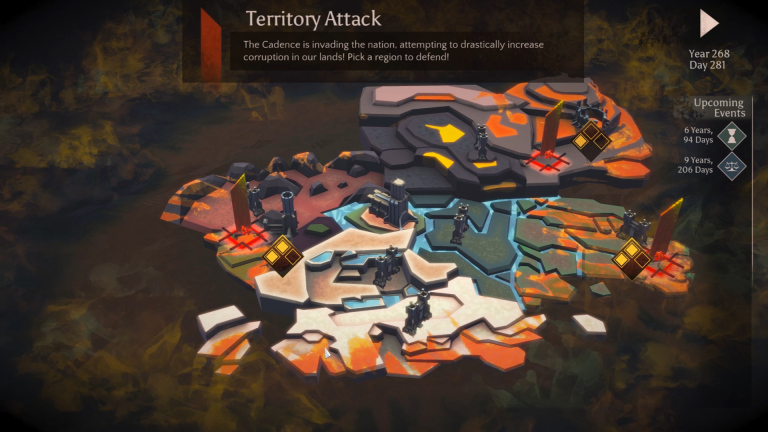 MASSIVE CHALICE Playthrough PART 21: The Odds are Never in Your Favor

I made a mistake.

I decided to try to save the Nord family keep. I knew that if I did, there was a chance that for the next cycle I would lose either my last remaining Sagewright’s Guild or Skirnir Tower, the home of the upper branch of the Gisling family.

Given that the Cadence would target three of the five regions, that would mean that my Sagewright’s Guild had a 60% chance of being attacked. If my Sagewright’s Guild was attacked, that would mean that two of the remaining four regions would also be attacked, leaving the chance that Skirnir Tower was targeted at 50%. I calculated that there was a 30% chance that both would be attacked (.6 x .5).

It was a gamble, and I knew it was a gamble when I rode out to defend the Nord lands. And this time, I lost the gamble.

This left me with a terrible choice: do I protect my Sagewright’s Guild to keep my research flowing? Or, do I protect the Gislings, the most powerful family in the realm?