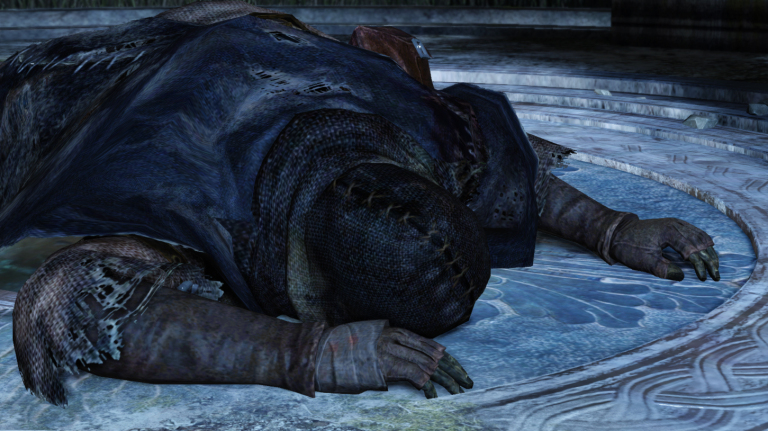 The Waltz of the Pursuer, a Dark Souls 2 death montage

Are you ever playing a game, cruising along, when suddenly you run into a boss that you cannot beat? This happened to me a couple of times with Dark Souls and Dark Souls 2. Most notably in the second game with the second boss, The Pursuer. He destroyed me for several hours straight, and so much so I thought that it would make a nice segment to my montage series.

One thing that compounds a hard boss in Dark Souls 2 is that every time you die you are afflicted by the undead curse, which lowers your maximum life by a small amount, perhaps around 5%. This keeps going until you are at half life, and it can only be removed by using a human effigy. So essentially, if you start having a bad time, it’s more likely that you’ll keep having a bad time.

Let this be a lesson to all: don’t game past your bedtime, lest your performance suffer incredibly!

The music is “The Waltz of the Flowers”, by Pyotr Ilyich Tchaikovsky.