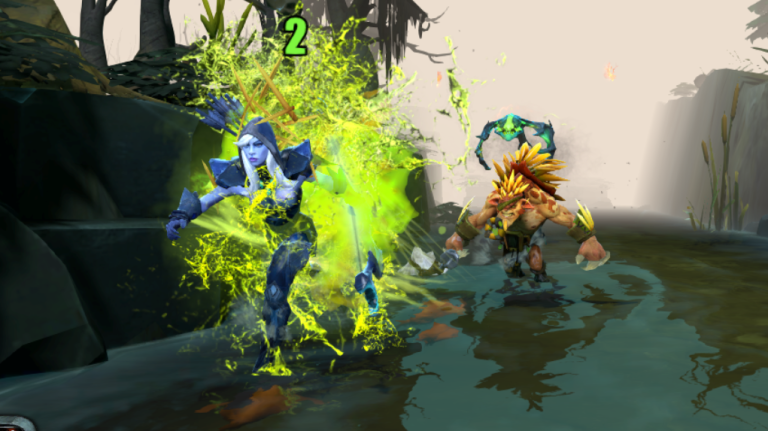 The folks over at PC Gamer posted an article about ESPN President John Skipper’s comments regarding The International, a recent Dota 2 tournament. The International (also known as TI4) was the largest tournament in the game’s history, with a combined prize pool of over $10 million. ESPN partnered with Twitch.tv for the duration of the International, broadcasting the tournament on its network. Despite all of this, Skipper makes it clear that there is a distinction in his mind between esports and ‘real sports’.

Now, this has me thinking: what is it that is necessary for a particular activity to qualify as a ‘real sport’?

The Qualities of Sports

The way I see it, an activity has a couple of requirements to meet before it can be considered a ‘sport’, namely:

Let’s take a look at these one at a time.

A sport needs some sense of direction. For instance, in American football (or handegg, if you prefer), the goal is to score more points than the other team in the set amount of time. At the end of the game, the team with the most points wins. While the rulebook’s nuances will elude all but the most veteran and studious of players and spectators alike, everyone understands the basic premise, and I think that we can agree that football is a sport.

In contrast, if I stand up now and started doing jumping jacks, I would not consider that to be engaging in sport, because there would be no competition, no action toward a specific goal, though watching me attempt to do so may be entertaining.

Now, let’s take it back to Skipper’s comment regarding esports, specifically with Dota 2. In Dota 2, two teams face off against one another, each trying to destroy a building in the opposing team’s base called the Ancient. The team who destroys the opposing team’s Ancient first wins the game. There is a clear competition towards a set goal, and the game is for the purposes of entertainment. 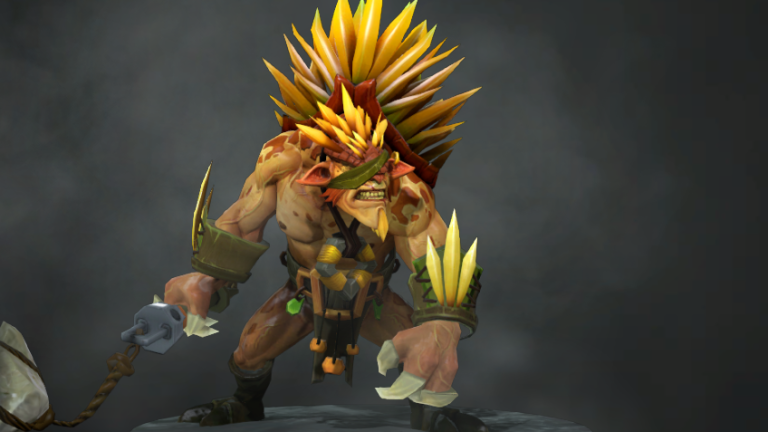 You don’t need a running back if you have a Bristleback.

This is not to say that this competition has to be against another person or team, or that the competitiveness requires a strict winner and loser. You might be racing against the clock and trying to beat a personal best for the mile run, or trying to throw a discus further than you ever had before. And those activities sound like they have the potential to be ‘sports’ to me.

There is nothing I love to hate more than a terrible cliché, but this time I’m going to pull one out:

(Feel free to substitute “football” with whatever other sport you’d like.)

This idea has long been ingrained in our culture: the desire to win, the willingness to train hard, and the ability to outthink the opposition are more valuable than being naturally faster, stronger, or more athletic. The discipline required to succeed manifests off the field of play as well as on the field.

American football is again a good example of this. Football players spend their time studying film, memorizing plays, running routes, working on their footwork, doing drills, or lifting weights. Only a small portion of the time spent is actually playing the game.

Players choose their hero from a large pool in Dota 2, each with their own abilities.

I argue that the same is true of Dota 2. Dota 2 players study rigorously by watching their own replays, looking for ways to improve their play; they view replays of opposing teams to find weaknesses to exploit; they play thousands of practice games and scrimmages to build an understanding of the flow of the game; they run practice drills to improve their individual play; they practice communicating and coordinating with their teammates; they spend time creating draft strategies to counter the current tournament strategies (also called the metagame). All of this experience and preparation helps the players stay mentally in the game, even if their team has fallen behind.

While I think it is unlikely that any Dota 2 player could compete in the bench-press with someone like the Houston Texans’ beast defender J.J. Watt [above], this is not to say that they are not athletes. Esports team coaches often institute workout and nutrition programs for their teams in order to keep them at their peak physically and mentally. Fnatic’s Fly has even written about his typical workout schedule, and it isn’t trivial.

The point is this: a professional game of Dota 2 is not ten random people sitting down and playing a game, just as Monday Night Football is not two teams of fifty random people playing a football. In both cases the players have put in huge amounts of time off the field to become as proficient as they are. The resulting competition is fierce.

While football may be 90% mental, that still leaves the 10% of physical toughness and athleticism: even if you know whom you need to block, you still have to physically be able to block that player.

Similarly, in Dota 2, knowing what needs to happen and executing it are two different animals. With the pace of games at a competitive level being so fast and the margin of error so small, even one mis-click can mean the difference between victory and defeat. It is cognitively and physically challenging to keep such a high level of play for the duration of a match.

Many of the spells in Dota 2 are known as “skill shots”, spells which require the player to aim where their spell is going to land. Hitting an enemy is often based off of the player’s ability to correctly time where their opponents will be. It’s easy to have these skill shots miss or even backfire. Each hero also has a special spell called their ultimate. Ultimates are the most powerful skills in the game, but cannot be used as frequently, often only once every minute or two. Because of this, the knowing when to use this ability is paramount to success. 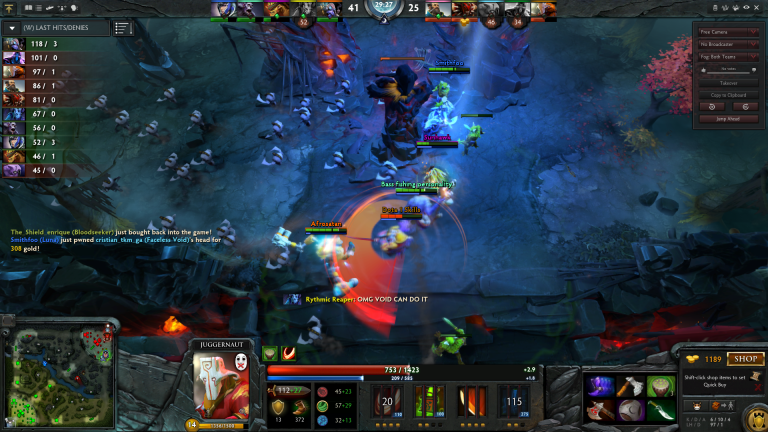 Juggernaut heroically dies while trying to defend the high ground from a four Radiant heroes.

In Starcraft, a real-time strategy game that sparked the esports phenomenon in South Korea, the physical importance of the game is even more pronounced than it is in Dota 2. Starcraft 2 by its very nature is a more complex game. The player is not controlling a single hero, but instead entire armies of troops, firing off many abilities and carefully positioning units so as to maximize their effectiveness.

Players strive to keep a high APM, or “actions per minute”, in order to gain an edge. Their fingers move about the keyboard and the mouse flies across the pad so quickly it is almost a blur. What is most impressive about this, however, is that professional players often keep this level of engagement up for the entire game, with each game lasting about a half-hour (or more). While it is easy to write off this as redundant clicking, the players themselves mention that it helps to keep their hands warmed up, so that if they need to move quickly they can.

The key point here is that decisions must be made in a split second in these games, that the execution of that decision matters, and doing so correctly is not trivial. This is quite different from a traditional turn-based game such as chess, where a player has time to decide on a move, but the physical action of moving does not affect the game (speed chess notwithstanding). All of this takes a high degree of mental and physical skill to execute.

So far there have been two core parts which define sport, competition, usually against other players, and mental and physical exertion on behalf of the player. However, there are many things which might fit this criteria but not be considered sport. For instance, competitive bread baking would definitely be challenging both mentally and physically, but I don’t know that anyone would consider it a sport.

This leads to the third and final leg of the sport tripod: cultural acceptance. Competitive bread baking is not a sport right now as I understand it, but let’s pause for a moment for a thought experiment: what if for the last hundred years, instead of playing baseball, football, or soccer in high school, young Americans practiced competitive bread baking instead. They spend thousands of hours going over recipes, experimenting with new ingredients, practicing their baking techniques and honing them to a razor’s edge.

Do you not think that we as a society would view baking bread differently? There there would be an NBBL, a National Bread Baking League. Would we not view champion bread bakers with the same superstitious awe that we bestow upon great football players? Would little children not wear the aprons of their favorite loafers? Would there be cafeteria arguments about the best type of flour to use and who is the best NBBL commentator? Would you join a fantasy bread baking team? 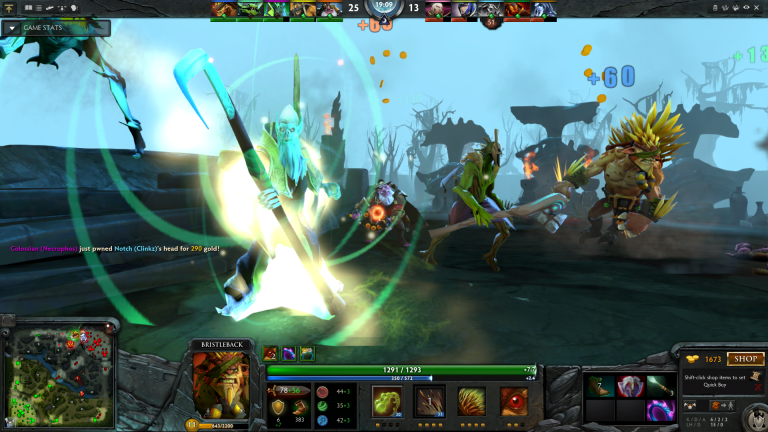 Necrophos: “Try me in bread baking. I will destroy you.”

Well, at the very least I think it is safe to say that we would have a abundance of amazing bakeries.

The point is that video games have only been around for a few decades, and video game competitions have really only started to take root around the world in the last decade or so. It has not been that long, and certainly not long enough for it to develop into a national, or rather, an international, pastime.

I posit that Mr. Skipper’s opinion stems from this bias. He grew up understanding sports as being a particular set of activities that obviously did not include competitive video games, and his own rigid definition prevents them from being labeled as such. However, in another decade or another century, I find it highly likely that esports will be as accepted in mainstream society as traditional sports are today.

What’s in a Name?

At the end of the day, whether Mr. Skipper thinks of esports as sports does not matter, so long as the players and fans are treated with respect.

While I very much enjoy a good mental exercise of wrestling with definitions, this semantic (and let’s be honest, a little bit pedantic) debate is not as relevant as the perception and treatment of professional gamers and their fans. I am greatly saddened by the ignorance and derogatory nature that people exhibit when trying to dismiss the talents of professional gamers. Here’s an example from HBO’s Real Sports:

What makes this particular clip saddening to me is that the woman in red admits that she has absolutely no knowledge of what esports entails, but is quick to judge the players and fans in a rude manner. Another gentleman can’t fathom why someone would ever watch someone else play a game, as if the concept of being a spectator in a sport is completely foreign to him. It is clear that the commentators have never been to an esports event, spoken with the players or fans, or even tried to understand the complexity of an esports game such as Dota 2 or Counter-strike, but what is most vexing is that they haven’t even tried to. Instead of taking a moment to consider what they think a sport must entail, they instead resort to cheap jokes and negative stereotyping.

These opinions are pervasive, and in that regard esports have a long way to go.

My favorite, favorite “critique” of esports competitors is: “They get paid for pushing buttons and clicking a mouse? That’s stupid!”

You know what is also stupid? Getting paid millions for moving a leather egg across a fake grass field, or throwing a ball through a hoop, or hitting a ball with a stick.

All of which things take huge amounts of hard work and talent to get right at the professional level.