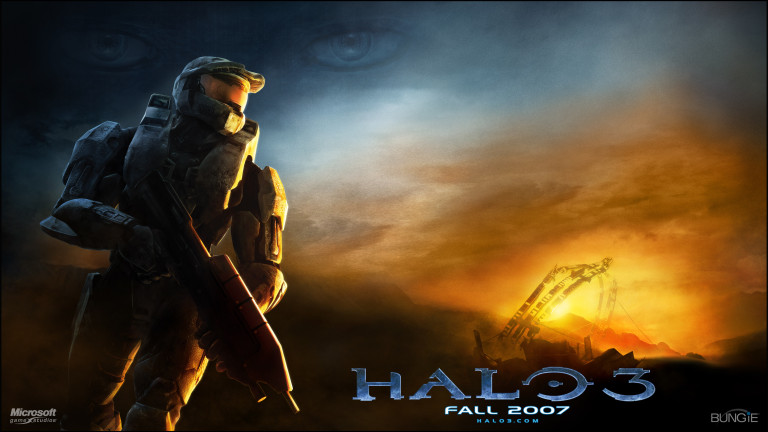 A couple of weeks ago I finished Halo: The Flood, a novel written by William C. Dietz and published in 2003. A few months ago I read Dietz’s Heaven’s Devils based in the Starcraft universe, and liked it so much that I decided to read other books set in video game universes. I was quite excited to get my hands on this one, but ended up being disappointed.

The novel follows closely the events in the original Halo, beginning with the crash landing of the Pillar of Autumn on Halo. The story unfolds through several perspectives, including Master Chief, Helljumpers, and even the Covenant Grunt Yayap, who steals the spotlight with his humor and wit. However, The Flood stays so true to Halo that the Master Chief portions have no surprises and are downright dull. We get little of what MC is actually *thinking* and *feeling*. This would be acceptable if the writing were superb, and while it does read well, it is not of high quality.

This would be acceptable if the writing were superb, but it is merely adequate. The biggest flaw of Dietz’s work is the fact that there are too many battle sequences. Sure, the book is based in the universe of an action game, but the problem is that the frequency of battle sequences weakens the overall effect by trivializing the danger. Nameless Helljumpers die by the dozens. By the end of the book, the battles take an almost lazy feel, along the lines of “And then Master Chief killed some Grunts and Elites. And then he killed some Flood infection forms. And then he moved into the next room.” If I had wanted a walk-through I would have purchased a strategy guide.

There is some exploration of the rich universe, but sadly it takes a back seat to the action sequences, which just wasn’t my cup of tea.

It seems that books based on video games have to walk an incredibly thin line between staying true to the original source and breaking new ground. While it has its moments, The Flood was a disappointment.