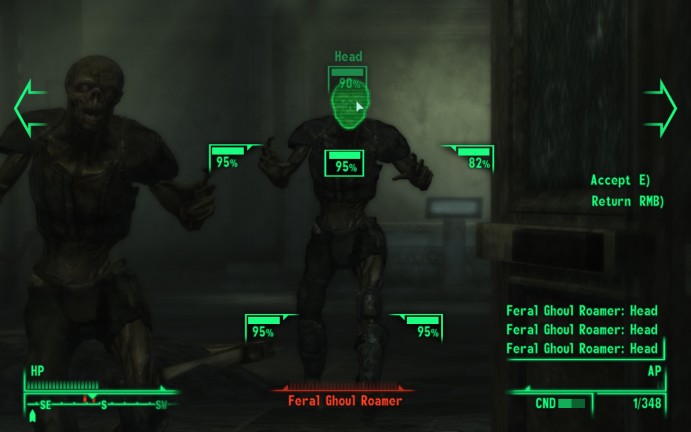 You Gotta Shoot ’em in the Head!

I hate zombies.  More than I hate just about anything else in the world.

Only you can prevent zombification.  You do this primarily by reducing the number of zombies already in the world.  This is done by one of two ways: 1.) Curing the afflicted individual; or 2.) Killing the zombie.

Option 1: The Cure.  Yes, cure.  It is possible to cure individuals who have been affected by zombism. Whether the state of being a zombie is passed along by a terrible virus, or infection, or black magic, or radiation poisoning, all of these individuals can be helped. All it requires is a skilled hand and decisive action.  All that you need to do is one simple operation: you need to remove the head from the body.

This simple procedure prevents the zombie juices, which eminate from the head of course, from affecting the rest of the body.  The body’s natural defenses will then kick back into full gear and overcome any remaining zombie juices once they have no source.  The once-zombie will be good as new in a few short weeks.

2: The Kill.  The second option for dealing with zombies is less preferable.  It is the destruction of the head itself and the loss of any possible recovery of the zombified individual.  Still, having fewer zombies in the world is better than more zombies.  So don’t hesitate and get yourself zombified.  Just don’t do it.  You can get rid of the head of a zombie any number of ways, either at range or up close and personal.  When the zombie is close to you, use a blunt instrument such as a hammer and crush the skull.  A sharp or bladed object, such as a shovel, sword or fire axe will also do, though admittedly a well-placed stroke could go for the neck and cure the afflicted individual (see Option 1, above).

If dealing with a zombie at a distance, well placed bullets to the head have been shown to cause a "slightly unpleasant sensation" for zombies, which then causes them to explode violently.  The caliber of the round is less important than its placement in the zombie’s nervous system; massive rounds may blow off a limb and slow the zombie’s approach, but a well placed headshot of any reasonable power will put the zombie down for good.  Explosives also can be used, but are typically less effective due to the need to tie the zombie up, attach explosives to the zombie, and then trigger the explosives. And all of that time could be spent out there in the world, hunting other zombies. So explosives can be a fun, if inefficient, means of pruning the zombie populations.

In short, You Gotta Shoot ’em in the Head!

Well, there you have it; a simple yet effective guide to dealing with the armies of undead that you will encounter in your travels.  Feel free to experiment and adjust the strategies as you see fit.  I will continue to update this source of information with additional tips and tricks for dealing with the less pleasant denizens that I run into.

So go out there, adventure some, and kill some zombies.

[Spoiler alert! Minor Fallout 3 spoilers beyond this point. Proceed at your own expense!]

So far my adventures in the Capital Wasteland have been productive.  I picked up a couple of really great rifles: Ol’ Painless (which I liberated from the former Republic of Dave) and Lincoln’s Repeater (from the Museum of History, where I liberated it from the hands of evil zombies!).  Both rifles work exceedingly well at taking out targets from medium-to-long range with head-shots.  Most of the time the one shot is enough, particularly if it is from a sneaky position.

Apart from getting those two new weapons, I’ve also been increasing Daisy’s sneaking ability considerably and even finished the You Gotta Shoot ’em in the Head quest, though there was little shooting.  I stabbed a couple of them, and a Yao Guai got Dave.  Still, I ended up with a shiny new suit of power armor (T51-b). 😉  Now all that I need is my Shishkebab.  Because nothing says "pwn" like a flaming sword.

Also, I ran into my first Deathclaw a couple of days ago.  I was milling around a camp, just minding my own business and stealing everything that wasn’t nailed down, when suddenly I heard a noise.  I turn around and have one of those nasty buggers right in my face.  He proceeded to decapitate me pretty much instantly.  Ouch.

All the images used in this entry are from Fallout 3.